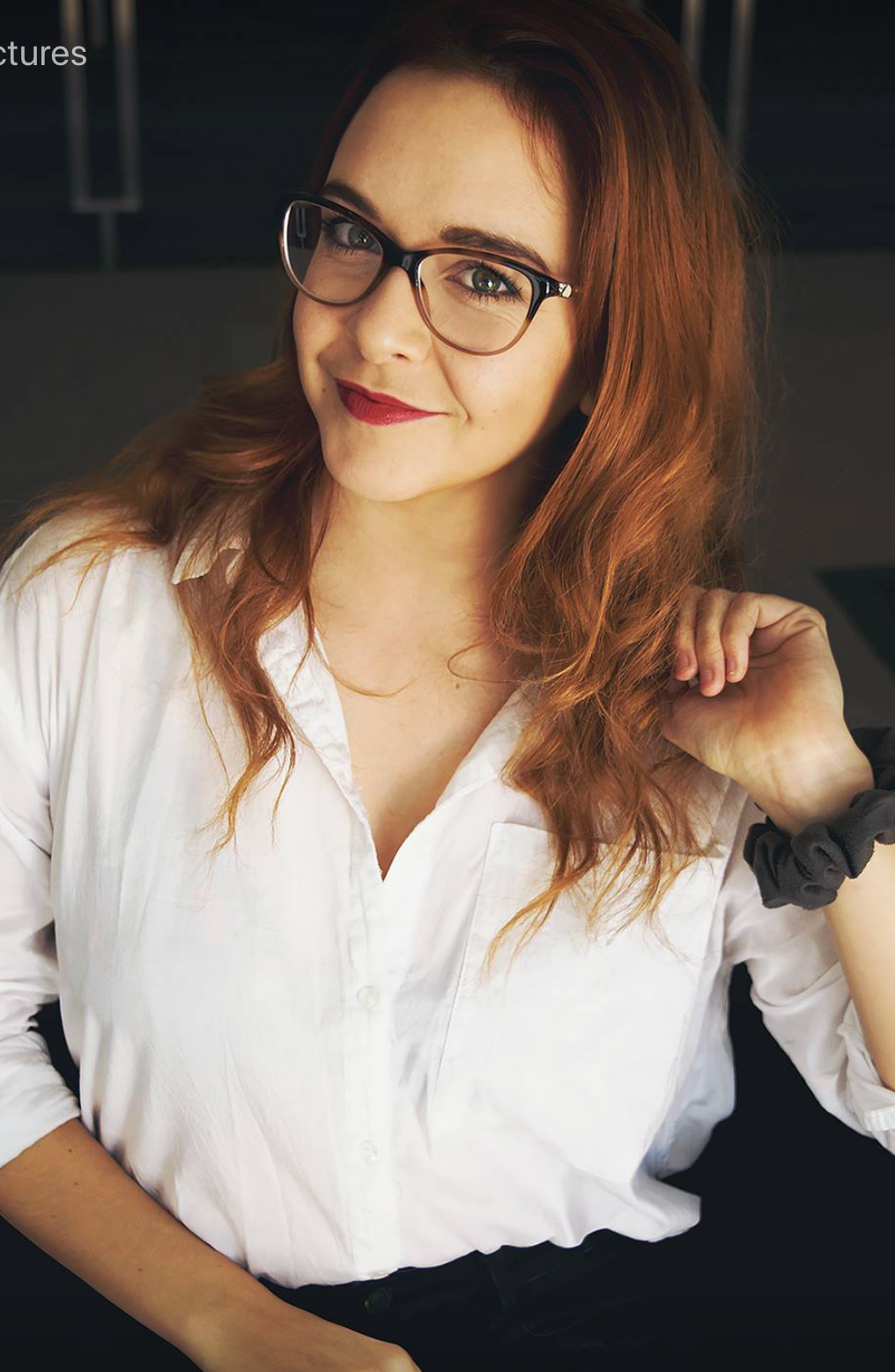 In the last episode of the Minds of Ecommerce Podcast, you heard from Cathryn Lavery who shared with us how she utilized user-generated content to increase conversion and grow her company BestSelfCo. to an 8 figure business.

In episode #3, Audrey Castonguay founder and CEO of Wholesome Culture, an online store selling clothing and items promoting vegan and environment-related messages, will share how she tests new products, doubles sales with existing ones, and uses her ‘rule of one’ to keep growing past 7 figures in sales a month.

The following is an edited version of the interview’s transcript.

“Last year we were doing six figures a month and it was going really well but it was the first year so that was kind of amazing. We’ve now reached the seven figures a month consistently, not even only in Q4, not only during a big season, but on a consistent basis, which is pretty great. We are really excited about this.”

“It depends on your market but, for instance, people give so much attention to the way their website looks from the very beginning. Well if you use just use the default Shopify themes when you start, is it really a big problem? And that’s the same thing as you grow where it gets really hard to think and stay focused on the things that actually gonna make a big difference.”

Focus on products that are already best sellers

“One thing we’ve done that really helped us grow is we could have launched an entirely new product, cross fingers, and hope that they will crush it. Instead, we started launching our best selling products in different colors, different versions, and on different types of garments.”

“When we launched, we had like 5 products. Now that turned into around 40. But those aren’t all completely new products. We looked at what sold best, and created different versions.”

“Being more data driven instead of trying to invent things, being like, okay what is working the most, what’s the easiest quick win but at the same time that’s gonna also have a big impact, has been huge for us.”

Factor how easy is it to do, and what’s the potential impact on the business

“It’s the first step. It’s a simple rule that can be applied to a lot of things, not only when it comes to growing your business, but with decision making in general.”

“For example, we had a design that we launched in the first year that worked well. We kept this product for two years on the website. Three months ago, we relaunched our product on a new colored shirt. The first year we did maybe six figures the entire year with that product, and now with the new color in one month we did like half a million with just this product – because of the new color. Such a simple little to do with a huge impact that took probably 30 minutes of our time to test.”

It doesn’t mean every try will work

“We’re always testing and trying to figure out what’s going to work. What has the most chances. Sometimes we made a lot of assumptions. For instance, we sometimes find designs that we think are gonna work really well because we’ve seen it on another store, but we don’t consider all the other factors, and we create something that is on the same line but end up not performing well. Our audience is different and therefore even though we tried to be data-driven, even though we tried to base it on what we thought had the most potential, sometimes it still doesn’t work out. But I think the point where it has to be easy and quick wins is very important.”

How to determine which products to create variants of to increase sales.

“Usually we look at last year’s sales. What product was working really, really well on Q1, Q2, Q3, Q4, and we are going to retest it the year after. But this time, we’ll do it with different photos, or different types of graphics and things like that. We try to recreate things that worked last year, with some variations, because most of the time it will work again.

1. Find a product that sells well.

2. Try it in a few different variants (could be color, size, product type)

3. Promote it at different time periods (to minimize seasonality risks)

Squeeze products to their last drop

“We tend to think that we squeeze the product to the last drop. So many times my team and I are like, okay, we’re done, we’ve maximized this product. But no, give it 2 more months, give it 3 months… Come back with new graphics, come back with new copy. This worked one time, and this can work again. If it worked one time with different slightly changes, it can be improved”

“We see that a lot people trying to go everywhere, trying to test all the channels at the same. I think most of the time when you see that there’s a potential for one channel, test it a little bit, but you shouldn’t try to make it work for a year on each of those channels.”

If, at the beginning, we did this and if we didn’t test so many things on Instagram we would have not figured out how to make it work for us.People would say everywhere “Instagram ads doesn’t work, oh, Instagram stories don’t work. I don’t understand.” Yeah of course it doesn’t work, you’re using your Facebook ads that was working for your Facebook channel!”

“For us it was really a matter of testing so many things in such a short amount of time to figure out a formula that’s consistently working. And obviously it’s a work in progress, things always change. For example, an ad doesn’t last a whole year, it works well for two months maybe, and after that you have to create new ones.”

“If you have an optimization process that allows you to test, every day, then you’re kinda ahead of the curb a little bit so you don’t want to lose this. Keep pushing and testing even when it’s working well and not only when you’re dropping and when everything doesn’t work anymore.”

“When we approached Instagram, it wasn’t “maybe it’s gonna work”. It was like “it has to work, there has to be a way, and I’m going to make it work”.

“People that say “Oh Instagram ads doesn’t work for me” most of the time when you ask them what they tested they’ll say “Oh yeah, we tested a couple ads here and there, didn’t work”.

“What do you mean, a couple ads? Full on for one month, test 4 ads a day, different creatives, different copy and then tell me it really doesn’t work because there has to be a way.”

“We’ll start testing new ads with probably $100 a day, not a big big budget, not $1000 obviously, but enough to see if there’s gonna be at least one purchase out of $100 to purchase. Usually you’ll see after two days, so probably $200 spent on the test and it’s like, okay is this working or… if after $200 it looks like it’s not going to work, it’s not going to work.”

Metrics to look at to gauge the success of a campaign

“We usually look at the return on ad spend (ROAS) right away. I think it’s kind of this middle ground of like, if its 1.2 it’s probably not going to work. If its 1, it’s most likely not going to work. After $200, and if ROAS is 1.5 then let’s push it, it’s a medium winner. If ROAS is 2 and more, it’s often going to crush it and then we scale it.”

“Know that as you scale, ROAS doesn’t tend to go up; it tends to go down.”

What would Audrey do differently if she had to start all over again?

“I know but that’s not going to apply to everyone, but I would fix the operations and backend side because if you scale, and you’re really convinced that you can scale, and you’re like “I’m going to crush this”, but your backend is not setup to crush it… then it’s going to fall apart quickly. So when you start scaling, make sure your backend is ready. Make sure you fix your foundation really well. As you scale don’t think it was just luck. If you see growth, its growth, and believe in yourself. Because it’s worth investing in good operation and foundation.”

“I’m talking products, fulfillment, being very transparent, communication especially if you see that there’s problems. But yeah, that’s a big one.”

On the Instagram side of things… Planning is extremely important. So tools that allow you to do the planning of the feed are important. Last year we were not really doing that much planning and now we’re like two, three, weeks in advance and adjust based on that.

Other tools I’d say are organization tools because, oh my god, being organized is what allowed us to grow. The second tool, maybe it’s kind of a trick at the same time is a Google Drive Sheet that allows us to track daily return and margin for our ads.

Then, a Shopify app that calculates the cost of goods sold.

Main takeaways from this interview 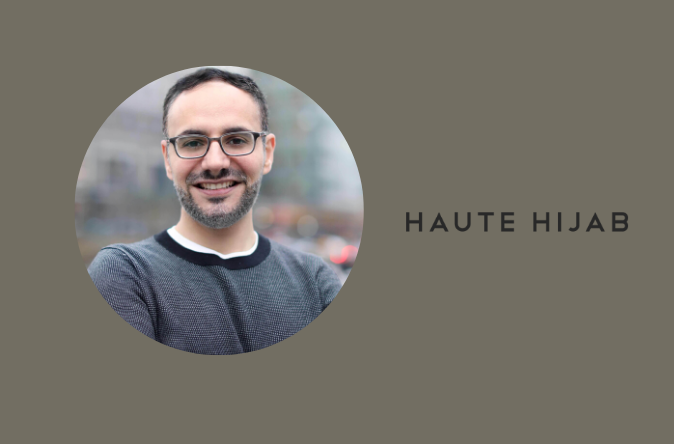 In episode #4, Ahmed Zedan, co-founder of Haute Hijab, will share how they manage to scale fast, using data to make better web design decisions, how they use customer insights to drive their AB testing program, and how they’ve built a culture with experimentation, within the company. 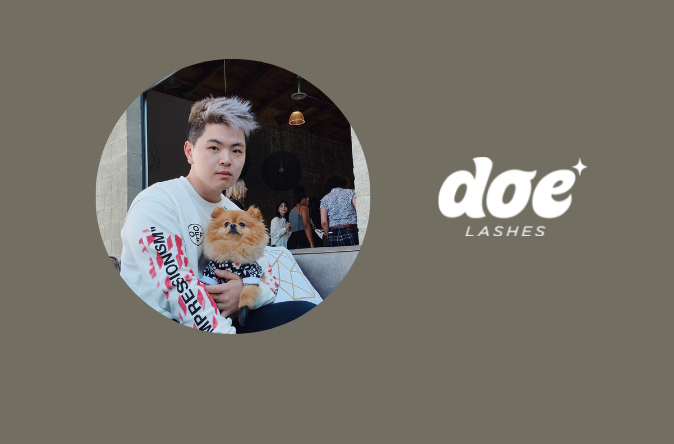 Jason Wong is the Founder of Wonghaus Ventures and Doe Lashes, a DTC brand that he managed to scale to millions in just one year. He credits a lot of that growth to their referral program, and that's exactly what we'll talk about in this super actionable episode. Get ready to learn why he thinks most referral programs are a waste, what most brands are doing wrong, and what they've done differently at Doe to make their program one of their most valuable customer acquisition assets. 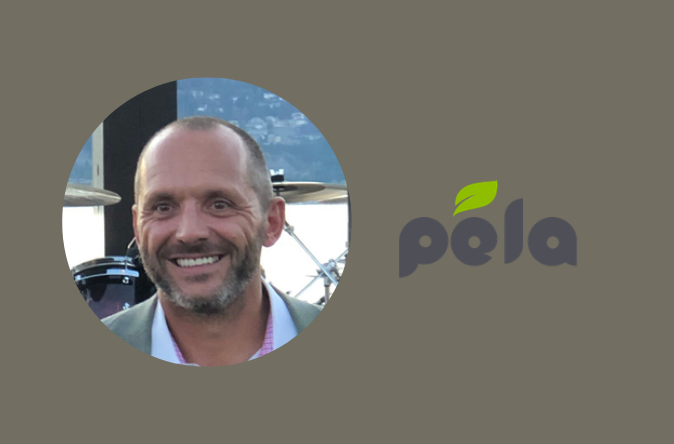 Brad Pedersen is a serial entrepreneur who's built companies with revenues ranging from 7 to 9 figures, and with up to 130 employees. Recently, he co-founded a direct-to-consumer ecommerce company called Pela Case, which has been growing 4000% since its inception 2 years ago. They've also ranked #20, amongst the Growth 500 in Canada. Brad is an all-star at hiring and operations, and in this episode he'll share actionable strategies on how to hire the right team members for your team, starting with how to format the job posting to maximize success, all the way to the structure of the job interviews. His hiring process is one of the key aspects of Pela's astronomical growth, and you'll learn it all in this episode.