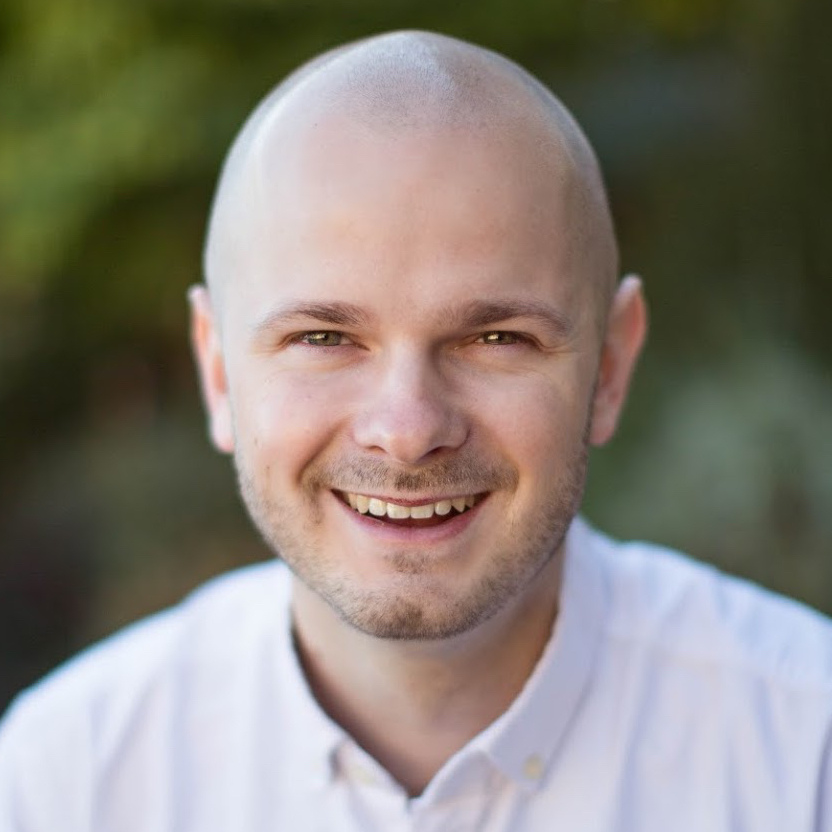 In the last episode of the Minds of Ecommerce Podcast, Nik Sharma, former director of direct to consumer ecommerce at Hint Water and VaynerMedia shared step by step an online ad strategy that helped Hint Water become $100 million business, according to Forbes.

In episode #6, Gareth Everard, co-founder of Rockwell Razors, Keyto, and a few other eCommerce brands, will share how he calculates and utilizes the lifetime value of his customers to make paid ads ultra profitable and a key driver of profit for his business.

The following is an edited version of the interview’s transcript.

It all started with a Kickstarter campaign

About 5 years ago I started a brand called Rockwell Razors. We make eco-friendly shaving products that focus on eliminating razor burn and ingrown hairs. I jumped into it with a crowdfunding campaign back in the early, early days of crowdfunding, we did like a $150,000 campaign and the brand continued to grow from there.

So Rockwell five years later, we’ve now got a full management team in that company. It’s chugging along, we do a good, healthy eCommerce and wholesale business, so that’s a multimillion dollar company at this point.

Somewhere along the way I realized there was an opportunity beyond shaving and beard products that Rockwell makes, so we also have mrgladstone.com which is Mr. Gladstone, solid colognes, similar space, but a different company. We make cologne but in a wax format. That started two years ago, that I think just hit the million dollar mark itself. Really lean small company, but it’s been really fun.

About a year, no less than a year ago, I started a company called Keyto, K-E-Y-T-O and that’s actually my first VC-funded kick at the can, so I’m a co-founder and CMO of that. We raised two and a half million dollars led by Craft Ventures back in November. We did a crowdfunding campaign that did at one point $2 million out of the gate. We shipped all of that product already. We’re recording this in what? June, 2019 so that’s been great.

And we’re doing the official launch here at the end of June, actually written, written one week from when you and I are recording this. So really excited because we’ve already done over almost $2 million of revenue and we’re not even a year and we’re just getting started. So I think that’s fine.

In all of my companies, what I always make sure I have a very firm grasp on, is LTV and average order value. Once you get there you can actually exactly calculate down to the cent how much you can afford to pay to acquire a new customer.

Once you have that, people are always thinking of new and fancy ways to acquire customers but right now advertising is a very consistent and reliable way and instead of drilling down into variable acquisition costs across different platforms, we’ve actually found that picking one number and then paying a performance agency to take care of that, has been vastly rewarding because it really gets you a fixed cost and once you understand what your LTV and your margin is, you can really tell calculate exactly, expected pay back periods.

Nothing always goes perfectly according to plan, but it’s been pretty good for us in the early days here.

How to calculate LTV

LTV, people start getting a little bit generous with it, especially in pitch decks to investors because so you know, “We’re predicting that our LTV is going to be this.”

My suggestion would be as conservative as you possibly think you can be, try to go even more conservative until you’ve got a consistent model that’s working for you. So we actually pick probably comically low numbers, especially at Keyto, as our expected LTV internally, knowing that in reality, LTV is going to be substantially lower. So we think about a 10% conversion to it.

Like, will this work at a 10% conversion to a second purchase? When in reality we know that we’re implementing waivers that are going to get those numbers a little bit higher because we’re making a product that really serves people’s needs and the reviews have been fantastic.

Some people would say just, “Oh, blow the largest numbers that you possibly can raise against those numbers.” I don’t know if that’s necessarily the case I do because we’re looking to build businesses, not just things that kind of blow up VC’s numbers.

I’d take conservative LTV calculations, figure out why you’re making those calculations and go even more conservative. Especially when you’re still at that prediction stage and projections.

How to build a customer acquisition strategy that focuses on LTV

The lever that you’ll need to know right upfront is what your average basket (AOV) and margins are. This can get a little complicated if you’re a subscription business or have lots of products.

On the other hand, if you’re like a multi SKU retailer, you really have to drill down to what your average margin on your average basket is and ultimately kind of make this stress testing for which way can it go.

For example, Rockwell’s margin on some of our consumables are lower than the average razor. So if someone comes in and orders six tubs of shave cream, the margins are going to be very different than they are if they order two razors, even though the basket is going to actually be the same size.

Ultimately need to figure out what’s the velocity of what certain orders look like, drill down into what your margin room is, and then again, be conservative with that. Try to find someone who will work with you on a performance basis, that works in all situations or create rules on the backend when it comes to ads.

So for example, in the performance agency we’re working with for Rockwell, we’ve created rules that they need to follow. We’re doing exclusions to certain product bundles and they’re not pushing traffic to those, so that we’re excluding things that ultimately don’t make sense in our model because that’s where people really get tied up.

If you’re assuming that people are always going to buy a three pack of your sunglasses, just for example and it turns out your performance agency is driving mostly one pack sales, you’re going to be wondering where all of your money went and it’s because you’re not actually making the margin that you expected and you’re paying out commissions that are pretty high.

So understanding margins would absolutely be the place to start.

What I’ve seen people forget a lot is forgetting the difference between cost and landed cost.

Now we’re almost getting into accounting, but if you’re putting other things into expense columns like duties and freight into expense columns, rather than rolling those costs back into the per SKU level, you’re actually going to end up having a very different idea of your margins because those costs are not being allocated to that SKU.

It’s crucial to test new products before you release them

I’m a big believer in testing products before you release them, any way that you possibly can. So I’ll actually go back to Rockwell for this one. Before we released any major new razor product, we would do a crowdfunding Kickstarter or an Indiegogo campaign to test. We’ve been fortunate that those campaigns have all been fairly successful, in the hundreds of thousands of dollars range.

So we’ve been able to proceed with those products, but if any of those come back negative, we wouldn’t have done that. We actually did axed one razor SKU because there was one finish, I think we were going to make something rose gold and not enough people bought that. So we were like, “Forget it, clearly there’s not enough demand right now.”

Then after those campaigns we use a service called BackerKit, which is where people manage their address for their crowdfunding purchases because people move. If there’s six months between when they pledged and the line’s shipping, they’ll move. So we actually used BackerKit to put ideas for new products. When we were originally coming out with our shave beard oils and all that, we put all those ideas in BackerKit and let people pre order those there and let people vote with their wallets on what additional products we should be making.

Everything that we’ve ever done has been sort of from at least a marginally educated perspective and we’ve done that with Keyto too. I can’t quite announce yet because we haven’t released those products but we have done some testing and some speaking with our customers about what other products they’d be interested in seeing Keyto make.

So when you have an audience, you have the ability to make sure that you’re connecting with that audience to make the new products that they’re looking for.

Main takeaways from this interview 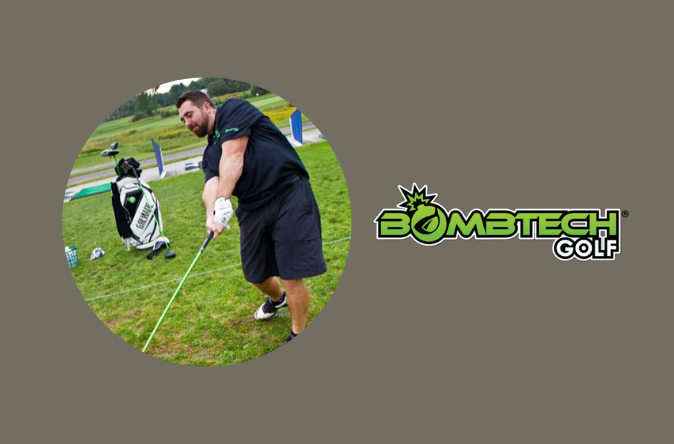 In episode #12, Tyler “Sully” Sullivan, founder of BombTech Golf and Ecom Growers, shares how he built BombTech Golf to over $7M mostly through email marketing by building relationships with customers, and validates new products, and achieves super successful product launches. 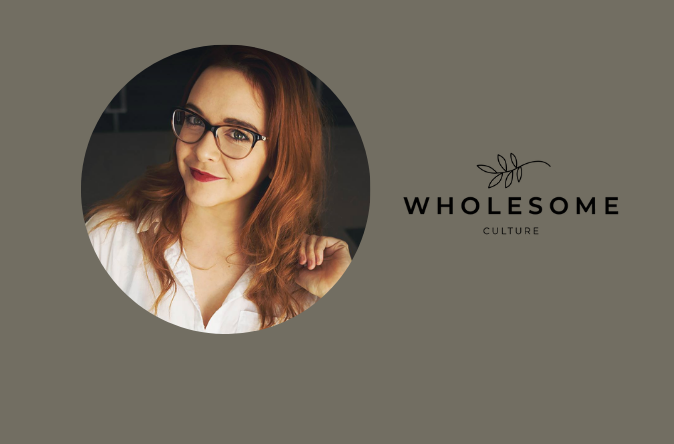 In episode #3, Audrey Castonguay founder and CEO of Wholesome Culture, an online store selling clothing and items promoting vegan and environment-related messages, will share how she tests new products, doubles sales with existing ones, and uses her ‘rule of one’ to keep growing past 7 figures in sales a month. 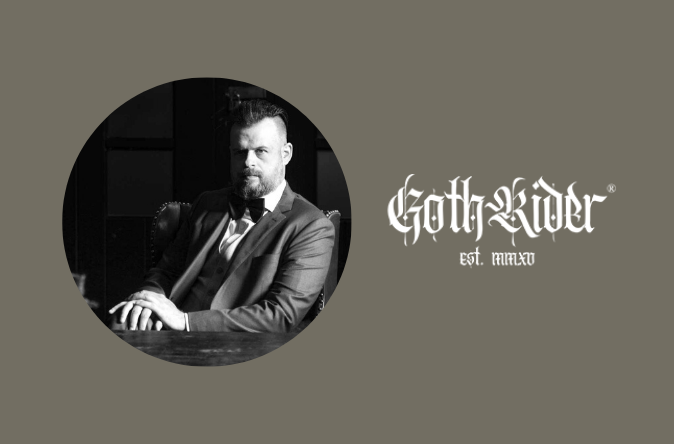 In episode #7, Phil Kyprianou, founder of GothRider, shares how he’s been using quizzes as a traffic acquisition conversion strategy that has been adding millions of dollars to his ecommerce company’s bottom line..